John McNeil Studio
A studio focused on building brands through the power of creative solutions and quality execution. We believe that everything is a chance to build a brand, so we don't limit ourselves to more traditional forms of marketing communications. 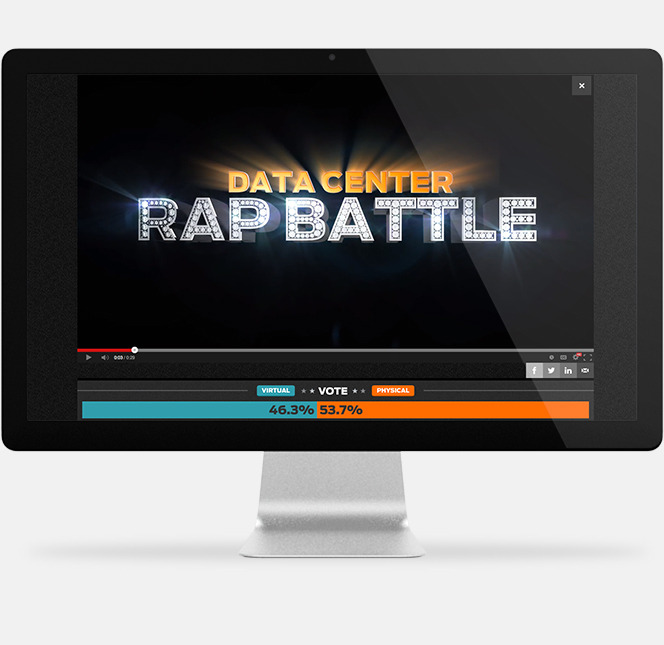 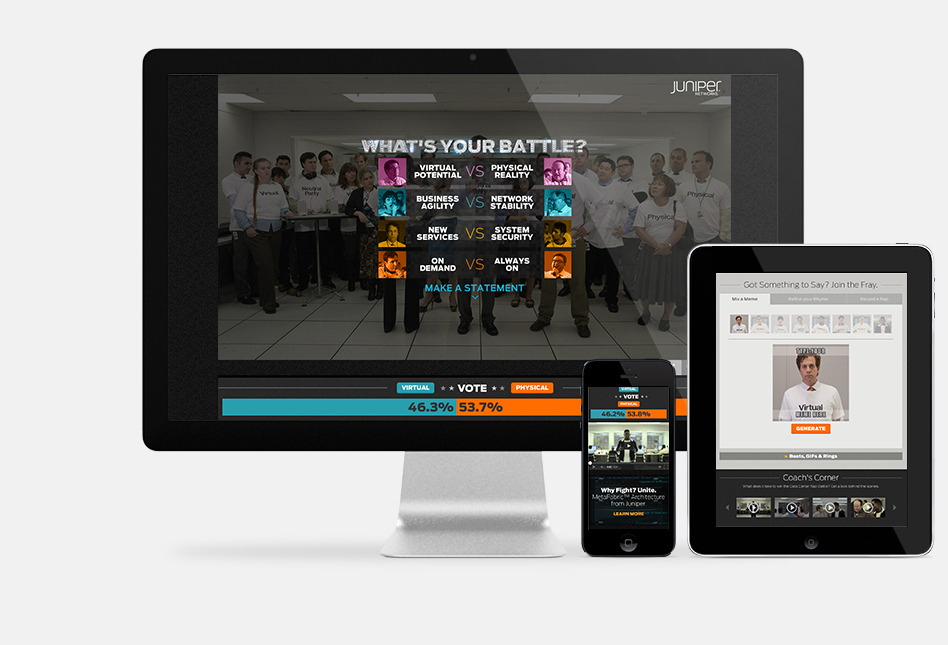 Identifying a growing separation between emerging cloud-based technologies and the physical IT infrastructure, Juniper wanted to highlight its MetaFabric architecture, a development that bridges the virtual and physical approaches in the networking IT industry. We developed a campaign to illustrate how MetaFabric made the distinctions between networking philosophies irrelevant. Taking a light-hearted approach, we staged a Rap Battle, with Virtual and Physical networking advocates fighting for their preference through a variety of channels. Using a social strategy aligned with a digital media buy, we created a series of video assets, ring tones, meme generators, deployed banner ads, and invited the IT networking audience to upload their own raps.